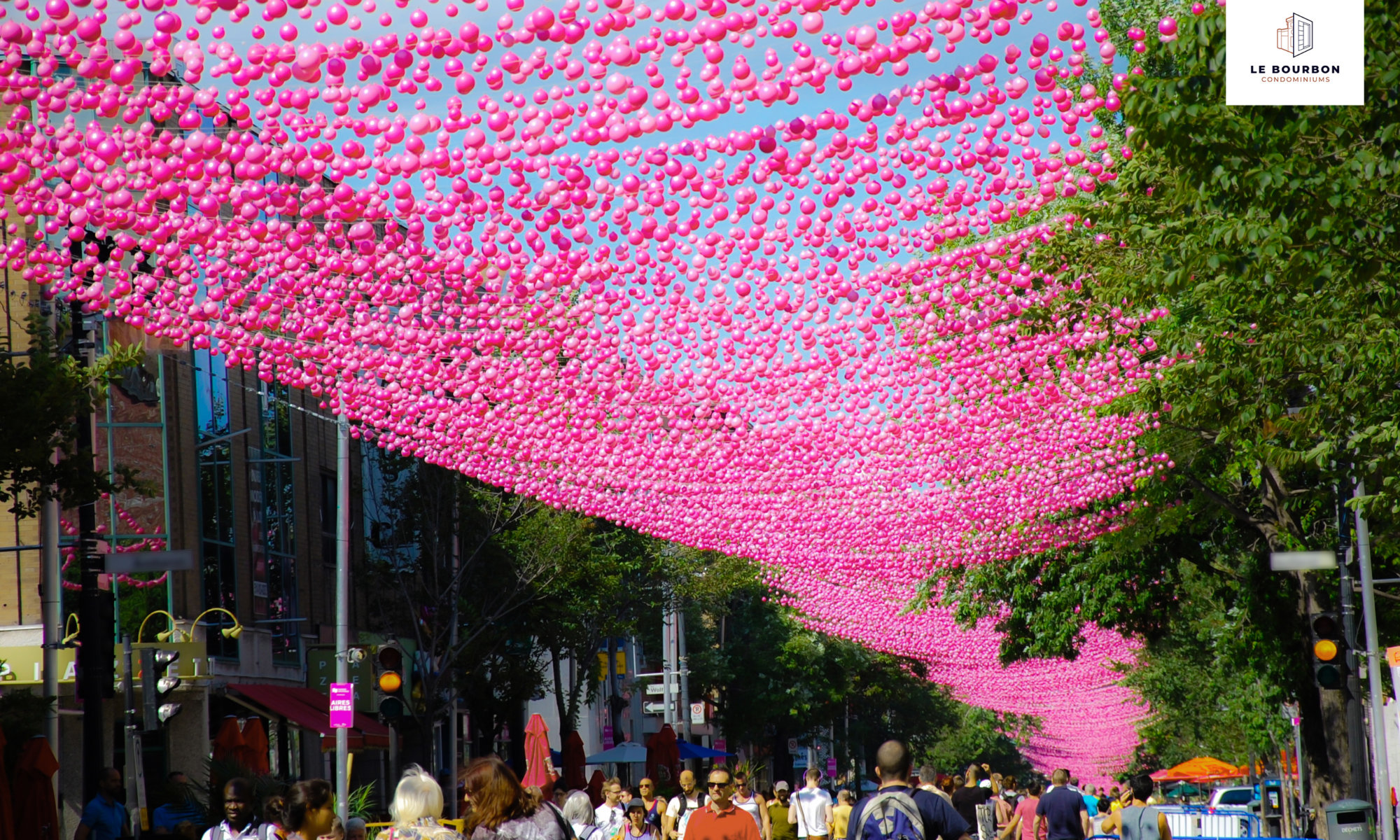 Last fall, the Village’s multicolored balls were removed for good. Since 2011, this floating tapestry had given a new identity to the neighbourhood. We even included it in almost all of our exterior renderings of Le Bourbon, to show its significance in our urban scenery. 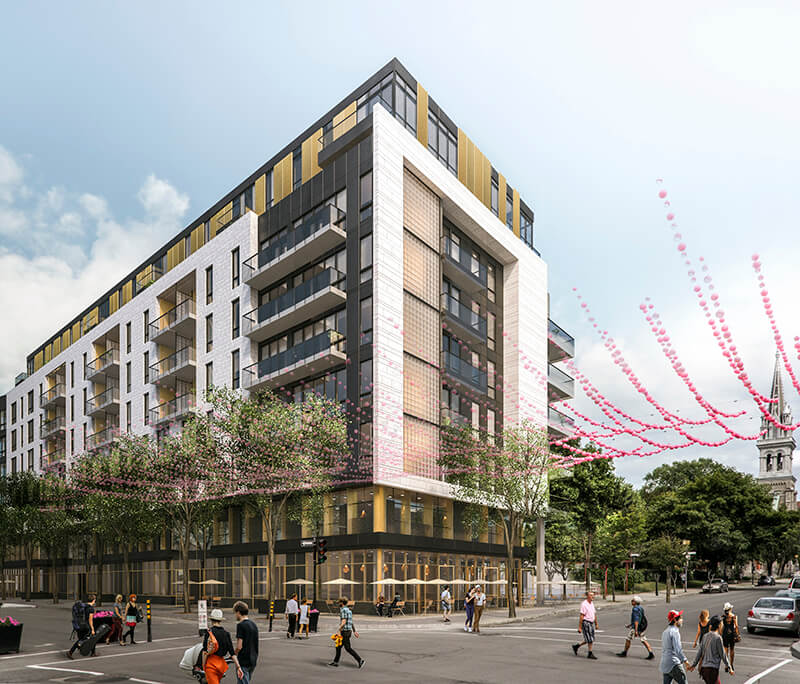 This winter, the Société de développement commercial (SDC) du Village stirred up controversy by placing billboards with daring slogans. Some of them had messages such as : “J’aime quand tu viens” (I like it when you come), and “Drag-moi où tu veux” (Drag me where you want), which seemed to convey stereotypes on the LGBTQ+ community. The SDC du Village reacted swiftly, removing the most controversial slogans. We can still find some plays on words such as “Beau de jour, belle de nuit” (Handsome by day, pretty by night) and “L’avenir sera rose” (The future is pink).

All in all, these slogans are temporary. They don’t replace the famous pink and multicolored balls designed by landscape architect Claude Cormier.

Instead, a more ambitious expo called “La Tête dans les nuages” (The Head in the Clouds) will take over Sainte Catherine Street.

These cones, connected by metal cables, will represent “drops or clouds” to the eyes of pedestrians, on the Village’s main street between St-Hubert and Papineau. The cabling used for the multicolored balls will be kept, as it has been there without any issues since 2011.

This idea is rooted in the collaboration between two architecture firms: Collectif Escargo (Québec) and WXY Studio (New York). They won an international design contest organized by the SDC du Village.

Here’s a glimpse of the new expo, obtained in the City of Montréal’s archives:

Next time you take a stroll on Sainte-Catherine E, will you have the head in the clouds? What are your thoughts? Comment below!

Thank you to all our buyers who have made this project a great success!